A new peer-reviewed South African study that evaluates the toxicity of carprofen, flunixin and phenylbutazone in Cape vultures has found evidence of toxicity for al three non-steriodal anti-inflammatories (NSAIDs). While there were no deaths as a result of the exposure, the study found that long half-life elimination times and the presence of toxic clinical signs were strong indicators of toxicity. The study was conducted to determine whether these three NSAIDS were similar in toxicity to diclofenac, another NSAID, which was also used in human medicine for decades, and was recently introduced for veterinary use in India.  Diclofenac was determined to be a primary causal factor in the decline of the Asian vulture when the vultures predated on the carcasses of animals treated with the drug.

Plasma samples were analysed and after the 48 hour monitoring period, the birds with euthanized for post-mortem evaluation. While no mortalities resulted from the treatment itself, clinical signs of lethargy and depression (drooping heads) were noted in the 1 CRP treated bird, 2 FXN treated birds, and 1 PBZ treated bird while no signs were reported for the control (untreated) birds. The exposure doses used for this study are also considered to be realistic as they were based on either a worst case scenario of the birds being exposed to high tissue concentration of the drug in recently dead cattle, horses or pigs which would represent their primary food source. 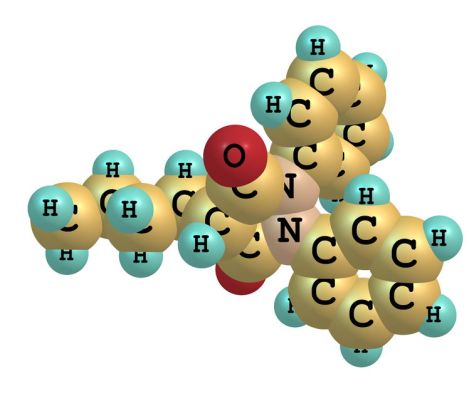 While the study concluded that the three NSAIDs evaluated are not as toxic as diclofenac is to vultures, the three drugs were not considered to be safe. The elimination half-life of phenylbutazone was found to be 18.1 in the horse (PBZ has a half-life of 70h for people). Phenylbutazone is certainly not without toxicity or contraindications in horses either. While dose-dependent, both phenylbutazone and oxyphenbutazone cross the placenta and are excreted into milk, and the drug binds irreversibly to cyclooxygenase, thereby inducing Cyclooxygenase-1 and -2 gene expressions.

“From the specific study design used, it was concluded that CRP, PBZ and FXN are not as toxic to vultures as diclofenac. We are unable to conclude on the general safety of these tested drugs, as they all show some indication towards toxicity.”

When it comes to human and environmental safety there should be clear evidence of the absence of risks; the mere absence of evidence is not enough.  This is the essence of the precautionary principle, which states that “when an activity raises threats of harm to human health or the environment,  precautionary measures should be taken even if some cause-and-effect relationships are not fully established scientifically.  Phenylbutazone is not permitted to be used in equine animals that may be used for food – there are NO exceptions. Mark Markarian, who is chief program and policy officer for the Humane Society of the United States and president of The Fund for Animals, said recently that:

“There is currently no system in the US to track medications and veterinary treatments given to horses to ensure that their meat is safe for human consumption. It’s a free-for-all when this tainted and contaminated meat is dumped on unsuspecting consumers through their dinner plates and supermarket shelves, either overseas or here at home.”