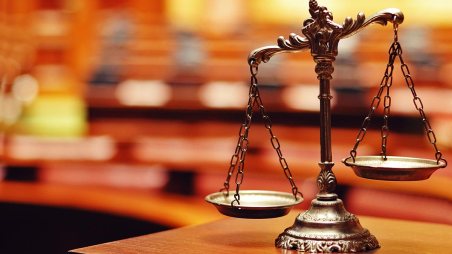 The CFIA documents and slaughter records pertaining to the May 15th shipment of two tractor trailers of horses seen near Marysville, ON on a holiday weekend have now been received.  The enquiry was made to ascertain whether or not the horses would have been unloaded in a timely manner on a long holiday weekend in Canada. The paperwork reveals that, as expected,  Godbout Express was driving for Ohio Kill Buyer Fred Bauer and the 56 horses were shipped from Larue Ohio.  The horses were on the trailers for 27+ hours.  Please refer to the previous blog post and video.

*information was also requested as to the condition of the horses at the time of unloading, but this information was either withheld or simply not provided.

Although the manifests made note of several lip tattoos and brands, only a few were indicated and were sufficiently legible enough to trace.  Most horses with lip tattoos will be thoroughbreds and not standardbreds,  unless perhaps in their late 20s or 30s since the practice of lip-tattooing a standardbred has long been phased-out.  With a swipe of the pen,  no thoroughbreds are sent to slaughter!  Richelieu supposedly backed away from slaughtering thoroughbreds (at least on paper) as a result of the Cactus Cafe & Canuki fiasco with trainer Mark Wedig.  According to an email from Richelieu administrative technician Geneve Ethier,  the Canuki and Cactus Cafe case “did occur major problems to us and a lot of time, efforts, and money consuming. So to avoid that in the future, the plant advises all his suppliers to not BUY those thoroughbred[s] and overall not have them ship to us. . . . For us, thoroughbred[s] are definitely banned from our premises.”  The likelihood that this shipment of 56 horses, some with lip tattoos, contains no thoroughbreds, is quite improbable.  So of course, the paperwork is virtually without a doubt – not accurate,  or we dare say – FALSE.

In two conversations I had with CFIA veterinarians regarding this shipment, at no time did they tell me that veterinarians/inspectors at slaughterhouses worked any shift other than the standard 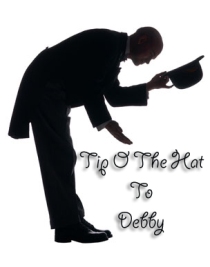 day shift.  According to a 2011 article in Better Farming,  “slaughter-bound shipments will be accepted only during the CFIA’s regular hours of operation…” So miraculously perhaps,  an inspector was either working a Saturday as part of his/her normal job requirements (the day the horses were unloaded) or was called in especially to break the seal.  If the drivers make this trip twice a week (a statement made to Rob Boisvert when he quizzed them in Marysville) then it’s reasonable to assume that the horses are left overnight, packed together in stupefyingly hot July and August weather with no access to water, if the same driving schedule is followed.

Every attempt was made to determine the ID of the horses on these shipments. A few are questionable with more than one possibility due to the illegibility of the writing.  Judging by their ages, most of these STB mares could have been older broodmares whose services were no longer required.  The remaining 50 horses all had names at one time; to us they are unknown and untraceable, but not to be forgotten.

The 9 Ethical Principles of the True Horseman

from “Tug of War” by Dr. Gerd Heuschmann, dressage rider and veterinarian

On Friday, May 15th, two Godbout Express transports of horses were observed at an out-of-the-way truck stop in Marysville, Ontario by animal activist Rob Boisvert of Refuge RR in Alexandria Ontario. In listening to the video, it is evident that the drivers appear to be trying to mislead Boisvert and his friend, by telling them that they are enroute from Ohio (probably Sugarcreek Auction) to New Brunswick. They are actually headed to Quebec, and this is proven by a photo taken of one of the trailers which shows a CFIA seal – meaning that the truck cannot be opened until it reaches its destination at one of the two slaughter plants in that province. There are no provincially-registered horse slaughter facilities in New Brunswick.

Monday is a statutory holiday throughout most of Canada. The video was taken about 7 pm Friday. From Marysville (near Belleville, ON), it is possibly 5 hours drive or longer (with holiday weekend traffic) to either Les Petite Nations (in St. Andre-Avellin, PQ) or Richelieu ( in Massueville, PQ) slaughterhouses.  The horses would arrive very late the same day or possibly the next day.  We can only wonder what time they expected to get there?  Were the horses to be unloaded somewhere and rested?  According to a 2011 article in Better Farming,  “slaughter-bound shipments will be accepted only during the CFIA’s regular hours of operation…”  Therefore,  we can only take that to mean that unless arrangements were made to offload horses on Friday night, there would be no CFIA inspectors at the plant until TUESDAY, May 19th – more than three full days later!  The horses, unless unloaded somewhere (and by necessity breaking the CFIA seal), would have to stay on the trailer until that time – a horrifying possibility.  Would they be watered or fed? Already many of the horses are standing in the trailers with heads hanging low…

Godbout Express is a repeat offender with the CFIA. The CFIA has most recently issued the company Notices of Violation  of Part XII of the Health of Animals Regulations for $7,800 during the period of October to December 2014, with total fines of $45,600 in both current and past reporting periods.

A check of US DOT #648752 reveals that Godbout Express has incurred two violations already in 2015 in the United States, with similar violations in 2014.

Given the company’s propensity to incur violations,  further investigation with the CFIA will be necessary to determine when these horses arrived and were actually offloaded.

The CFIA site does not explain what species have been involved in these transport violations.